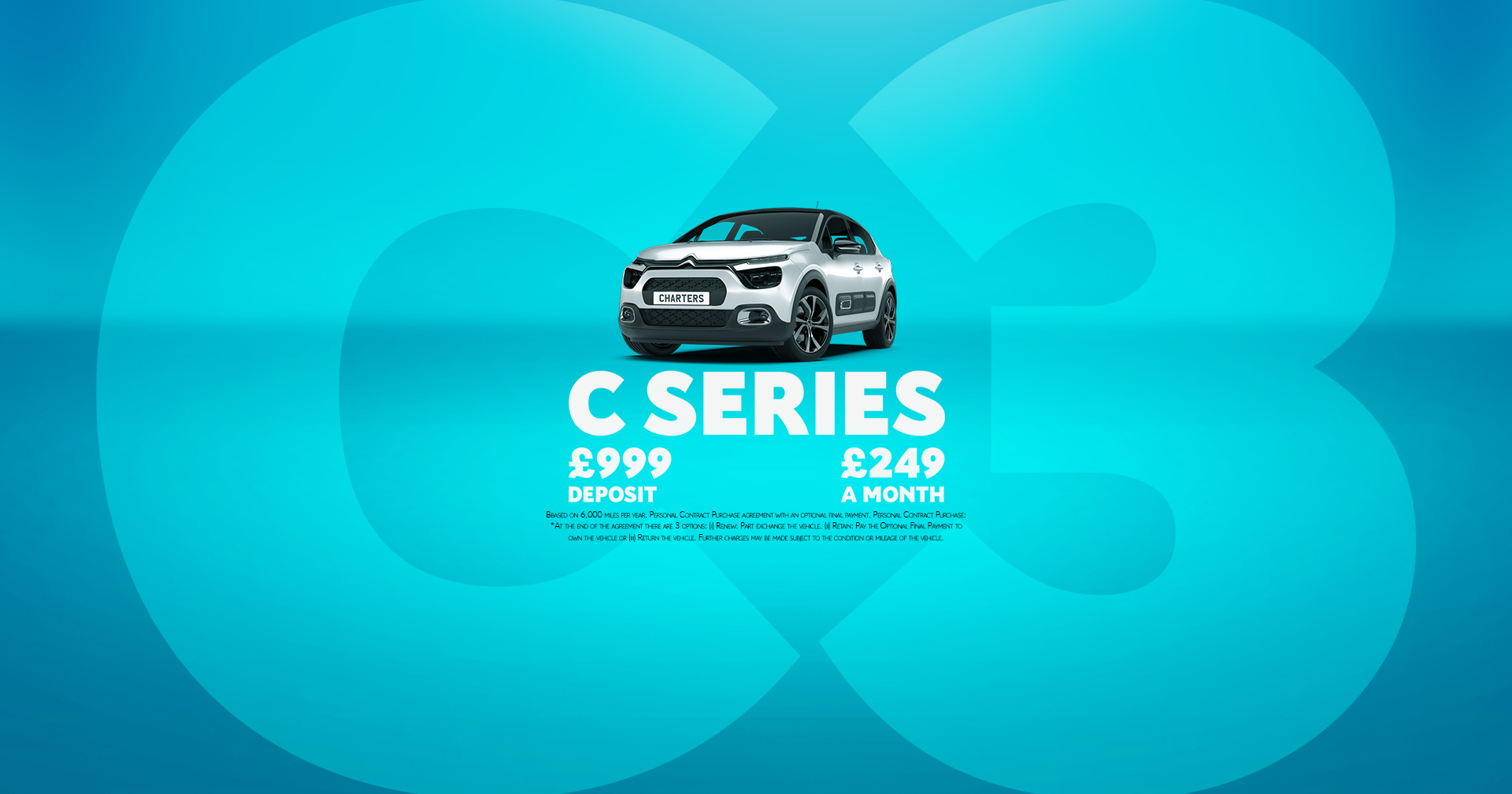 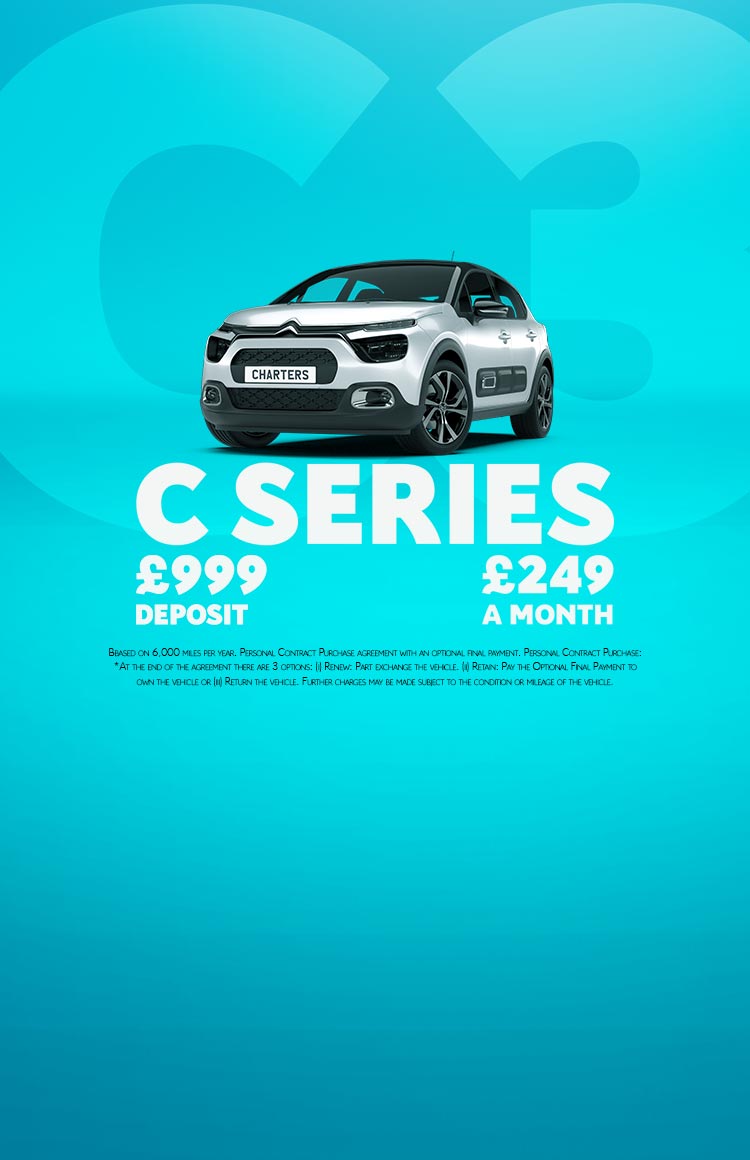 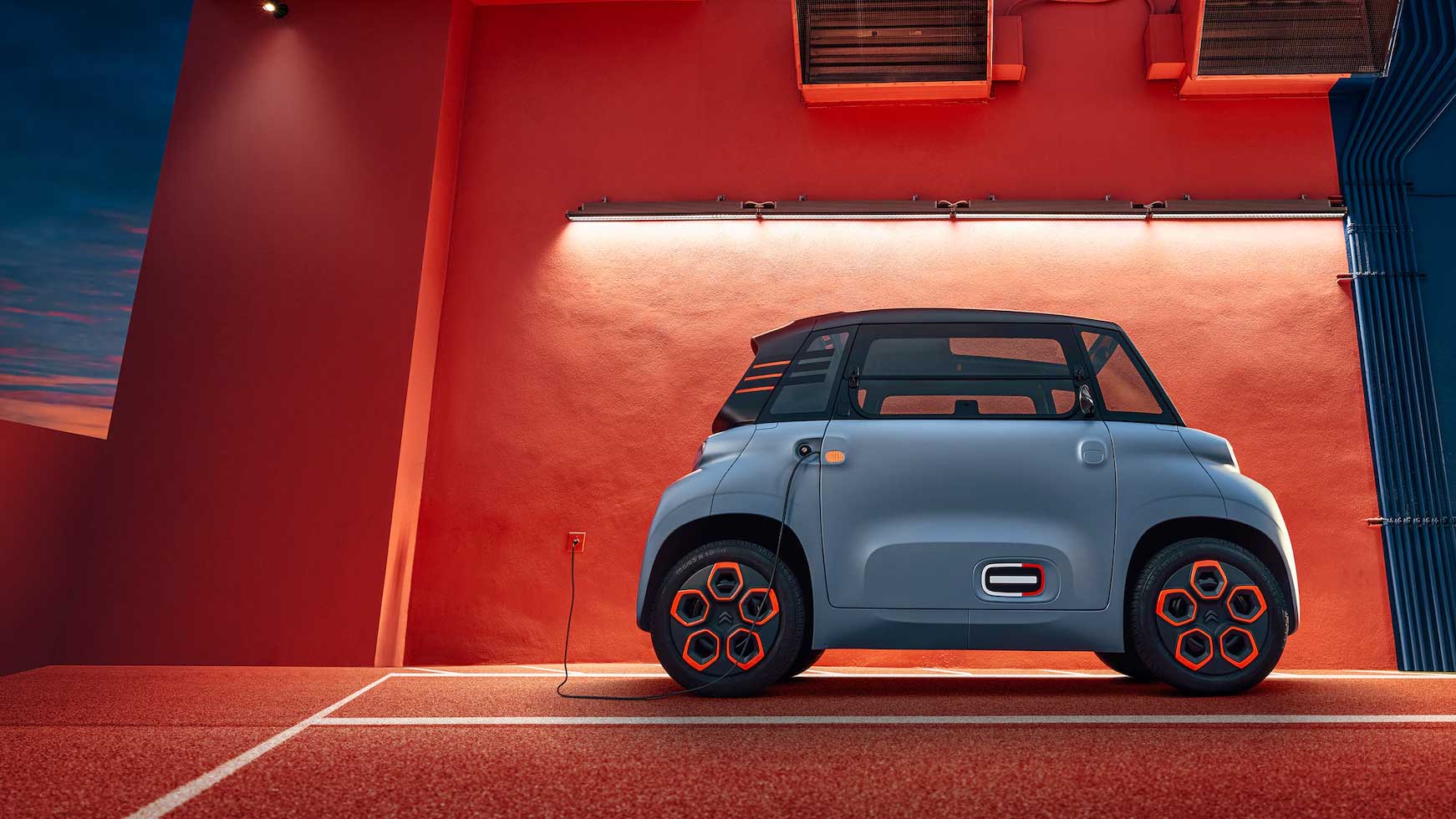 Charters is the approved Citroën dealership for both New and Selected Used Citroëns in Aldershot, Hampshire. As a family-owned business, the Charters Group is large enough to offer great prices and an expert quality service, yet small enough to treat customers with respect and the best possible care.

We serve the Home Counties with excellent customer service and pride ourselves with not only face-to-face advice, servicing and sales but orders by phone for delivery anywhere in the UK. Charters Citroen is a modern car dealership for a modern age.

At Charters, we are able to offer customers the following services:

Discover Citroen Simply Drive: the all-inclusive finance solution for your next new car. Simply Drive is based upon an Elect 3 Personal Contract Purchase plan but includes all of the following for one monthly payment:

for three years. We can even offer a Simply Drive Telematics finance solution for young and new drivers. Anyone from 18 to 75 can apply.

No-one likes unexpected surprises. That’s why Charters Citroen of Aldershot has put together a transparent pricing structure so you can keep a track of exactly how much your repairs will cost. Our fixed priced repairs and servicing includes:

and you need to book it in quickly but don’t know whether we can fit you in? Complete our online booking system and you can request a day and time that suits you. We’ll then call you back to confirm this time or to adjust if necessary.

Citroen have become one of the leading vehicles on sale in the UK in the past decade. Providing award-winner after award-winner with every iteration of their iconic range. If its been a while since you’ve driven a new Citroen then prepare to have your expectations smashed as the entire range from small city cars to large commercials have received international acclaim. Below you’ll find just a small example of some of our award-winning models in stock.

With hundreds of thousands of sales, the C3 Aircross has made its mark on the UK market. Below are just a selection of awards that this distinctive model has received:

After a recent name change, the Grand C4 SpaceTourer (previously named Grand C4 Picasso) continues to receive praise thanks to its big technology, space, comfort and economy. Below are just a small selection of its many awards:

Only just released into the UK, the new Berlingo (which replaces the popular Berlingo Multispace) has received a most prestigious accolade and we’re confident; thanks to its extreme versatility and comfort; it will win a great deal more:

The C5 Aircross has been a long-time coming (being already released in China) but the apprehension has not wained in any way it being in the extremely short list for:

The results aren’t revealed until March 4th 2019 but to be included in this list of the very best cars of the year is an honour in itself. In fact the only other SUV to be included in this shortlist is the all-electric Jaguar i-Pace priced at nearly double of the RRP of the C5 Aircross. It’s a fabulous start to an exciting new model coming to Charters Citroen of Aldershot.

What greater accolade can you imagine for a brand new van on the market than:

With the new Berlingo Van only just being released at the tail end of 2018, already winning International Van of the Year 2019 is a proud moment for the iconic French marque. This, alongside our Medium Van of the Year (the Citroen Dispatch) makes our commercial range an appealing choice for most local businesses.

Personal Contract Purchase is one of the most popular options for financing your next vehicle. You can choose a new or used vehicle to finance and can offset the future value of the vehicle to the end of the contract.

The traditional way of financing your Citroen is Hire Purchase. This scheme takes the amount of the vehicle you choose (minus your deposit) and spreads the cost evenly. There is no optional finance payment (unlike Elect 3).

Simply Drive Telematics offers all of the benefits of Simply Drive but for new and young drivers. Available from drivers aged 18 years of age and for those who have just passed their test, your new car is fitted with a Telematics device and for one regular monthly payment, your insurance is included as well.

For business and personal users, the Citroen Contract Hire finance scheme is ideal for those who don’t want to own their car. You can even include a maintenance package with these schemes, making it a better way to manage your budget.

What better way to arrange finance for your new Citroen than buy applying online? Our fully end-to-end encrypted service offers the most secure and convenient way of arranging finance. Just select the car you want, complete the form and we’ll call you to arrange delivery / collection. 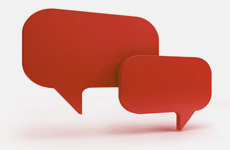 From start to finish your professionalism has been outstanding. You are a valuable asset to Charters. Once again a fantastic wonderful experience on purchasing a new car. I would like to take this opportunity to thank you Finley and the team for all your hard work.
A. Nonymous 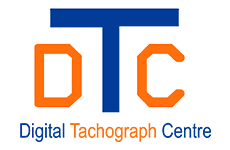 I would like to take this opportunity to pass on my thanks and best wishes for the time and effort you have offered DTC
Karl from Digital Tacho Centre
Location: Farnborough

Thank you so much for putting up with my 1,000,000 questions, stresses and annoyingness in the process of getting my new car. I am very, very grateful.
Jessica
Location: Aldershot 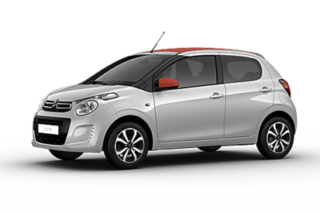 Garry, following receipt of our second c1 from you I would thank you for the speedy and efficient communication through to delivery of both cars.I can only compare to our one previous contract hire experience with mercedes-hiring two smart cars , the experience was the opposite in comparison
L. Shuter
Location: Evesham 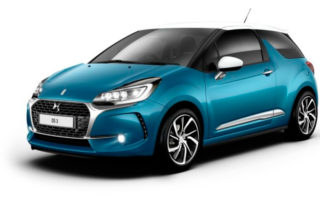 Just wanted to say many thanks - your generosity with the DS3 could not have come at a better time. This has been so helpful!.
Claire
Location: Camberley 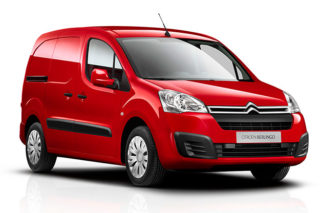 Just wanted to say... Well can't say many words that will sum up Garry's help! Outstanding!! I will be recommending Garry / Charters! My next car purchase will be a Citroen from Charters Aldershot.
J Edwards 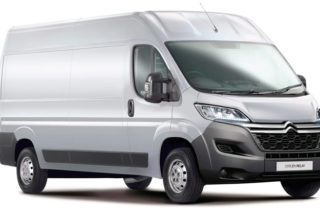 Just wanted to say a quick thank you for sorting the van and delivering it when u said u would. I was impressed with ur professionalism and feel very comfortable recommending u to my friends and acquaintances. I’ll be in touch when purchasing the next car or van.
Shaun O'Brien from Metrorod 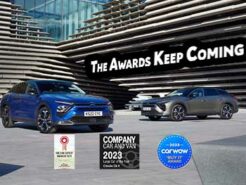 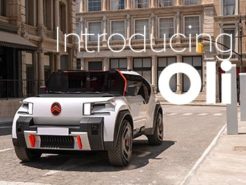 Citroen takes car design to a whole new level with their recent reveal of the Citroen Oli concept. Learn more about the future of Citroen

Citroen have just introduced us to their brand new logo which is inspired by the original oval design whilst keeping the bold dual chevrons that have become synonymous with the brand identity. 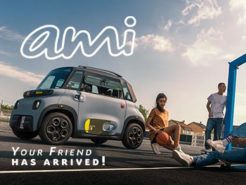 The day has finally arrived where we say hello to the New Citroen AMi! Your new friend is now available for test drives at our Aldershot showroom and if you're anything like us, you'll love the cute new urban car. 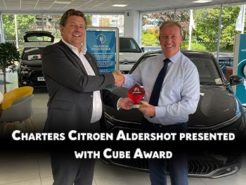 Our Managing Director (Derek McQueen) was recently presented with the Citroen Cube Award for medium-sized retailer across the whole of the UK. This award was presented for the combined measure of key performances of our sales, parts and aftersales departments; each of them working at their peak during the first quarter of 2022. The Cube […] 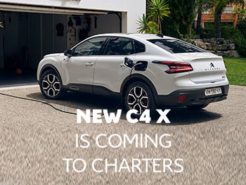 Coming later in 2022 to Charters, the New Citroen e-C4 X. The all-electric family car with more space for passengers and a larger boot. 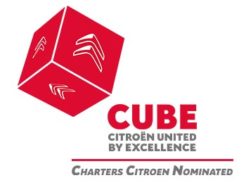 Charters gets nominated at the Cube Awards

Charters Citroen have been recognised for our hard work by being nominated for the Small Retailer of the Year at the Cube Awards. 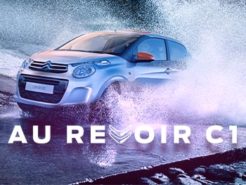 Au revoir to the Citroen C1

Citroen UK have now rolled out the very last Citroen C1 from its Czech factory in Kolin. Whilst we're reluctant to say goodbye to this iconic model, Charters have decided to say au revoir. You never know what the future may hold.

FINANCIAL DISCLOSURE
Charters of Aldershot Limited is an appointed representative of ITC Compliance Limited which is authorised and regulated by the Financial Conduct Authority (their registration number is 313486). Permitted activities include advising on and arranging general insurance contracts and acting as a credit broker not a lender.

We can introduce you to a limited number of finance providers. We do not charge fees for our Consumer Credit services. We may receive a payment(s) or other benefits from finance providers should you decide to enter into an agreement with them, typically either a fixed fee or a fixed percentage of the amount you borrow. The payment we receive may vary between finance providers and product types. The payment received does not impact the finance rate offered.

All finance applications are subject to status, terms and conditions apply, UK residents only, 18’s or over, Guarantees may be required.

Personal Contract Purchase: *At the end of the agreement there are 3 options: (i) Renew: Part exchange the vehicle. (ii) Retain: Pay the Optional Final Payment to own the vehicle or (iii) Return the vehicle. Further charges may be made subject to the condition or mileage of the vehicle.

We're now looking for a Sales Advisor at our Aldershot Citroen branch. Learn more by clicking the button below.

Looking for a new job?

Manage Cookie Consent
To provide the best experiences, we use technologies like cookies to store and/or access device information. Consenting to these technologies will allow us to process data such as browsing behaviour or unique IDs on this site. Not consenting or withdrawing consent, may adversely affect certain features and functions.
Manage options Manage services Manage vendors Read more about these purposes
Manage preferences
{title} {title} {title}
CONTACT US
01252 213150 Get Directions Book a Service Part Exchange WhatsApp Sales Enquiry